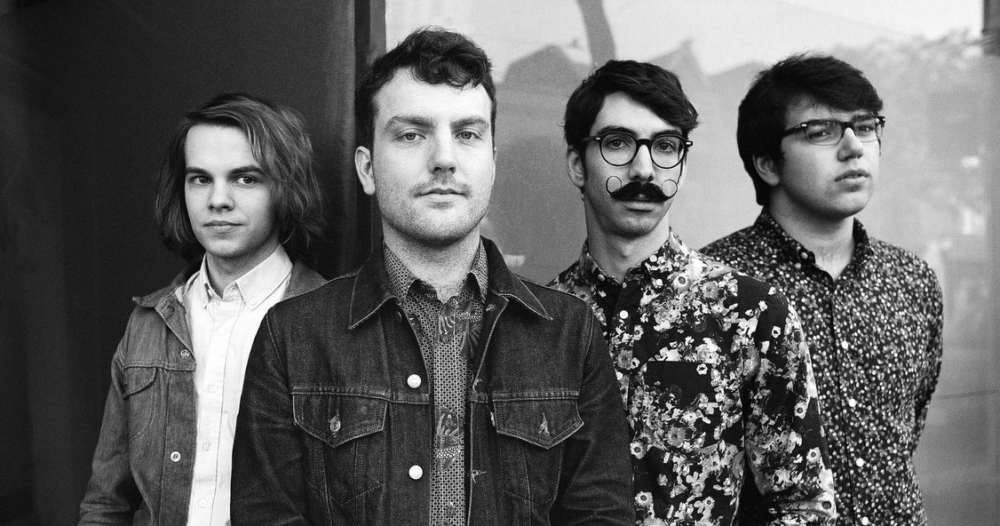 After Saturday’s show, I am once again at a loss – how are the Elwins still playing small venues? I’ve said it before and I’ll say it again: The Elwins have the sound, charisma, and live energy to be the next Arkells.

Opening for the Elwins was another Toronto-based band, Fast Romantics, and their upbeat indie pop-rock sensibilities. While the stage at the Cobalt felt a wee bit cramped with six musicians on stage, the way they deftly navigated around keyboards and over wires speaks volumes of both their touring experience and their dedication to the craft. Though perhaps most famous for their effervescent single “Julia”, their catalogue has become quite extensive; the single “Why We Fight” from their most recent album was a standout track of the night, full of fire and fervor (as is much of their newest album).

I really shouldn’t complain about seeing great bands like The Elwins and Fast Romantics at small venues like the Cobalt – there’s nothing quite as enjoyable as getting to experience fantastic musicians up close and personal. The Elwins excel at these small, intimate shows: their banter is always on point and never feels forced, they love a chance to dip into the crowd for a spell, and their faces are always aglow with the kind of infectious smile that reassures you that they are, in fact, loving this whole live music thing. They were constantly bouncing around the stage and joining each other to jam or sing –  at one point, guitarist Matthew Sweeney was rocking out completely horizontally, lying on guitarist/keyboardist Feurd’s back and standing on bassist Frankie Figliomeni’s thighs. It was a feat of both musicianship and surprising athleticism.

Their set sampled heavily from their new album, Beauty Community, with some of the bangers from their sophomore album, such as “So Down Low” and “Show Me How to Move”, making the cut as well. All around it was an incredibly solid set, with songs like “Backing Up” and “This Is It” keeping the dance floor warm. They opened their encore with the sing-a-long “Grind it Down”, and Fast Romantics joined them for an excellent choral performance (and here I was thinking six people on stage was cozy!), and closed their set with the always-bubbly “Don’t Walk Away From Me”.

I highly recommend checking out a set by the Elwins (and Fast Romantics as well!) while they are still playing intimate venues like the Cobalt Cabaret. It won’t last forever.