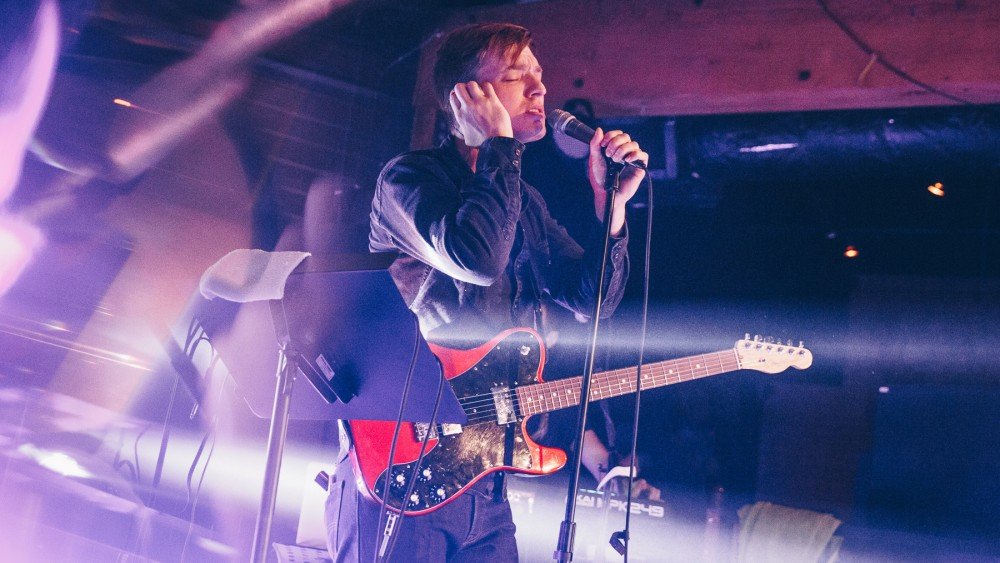 In recent years there has been a resurgence of 80s music, whether it be in the soundtrack form for films such as ‘Drive’ or the Netflix series ‘Stranger Things’ to fusions of genres such as synth wave with metal like ‘Perturbator’. The Midnight however, seem to stick to a traditional mix of 80s rock, synth drum pads and even the occasional saxophone solo. Starting off as a duo (Tyler Lyle and Tim McEwan) had released their first EP ‘Days of Thunder’ in 2014 which saw them sky rocket to the top selling on bandcamp for several weeks. It was only a couple years later with more online popularity that they decided to form an actual band and take it out on the road.

Tonight was a special show as it was their first ever Canadian concert, in addition to also being sold out. The stage was set with a keyboard and saxophone on one side, guitars at the back, drum pads and synthesizers on the other. The lights went down and the crowd roared with excitement. A famous Carl Sagan voice clip called ‘Pale Blue Dot‘ started playing before neon coloured lighting beamed upwards casting silhouettes of the three members on stage and kicked into ‘Youth Boys’ from their latest album ‘Kids’. Right away the audience sang the melodic chorus as loud as Tyler which left him grinning.

Before their third track started, Tim did a quick birthday shoutout for a fan who had tweeted him on the way up to Vancouver and requested ‘Gloria‘ from their first EP. This lead nicely into the self-titled song ‘Days of Thunder’, where multi-instrumentalist Alekos Syropoulos whipped out the Saxophone to blow away the front row in awe. After bringing it back to their early release, it was time for a throwback to an actual 80’s cover, ‘Boys of Summer’ by Don Henley. Their rendition fit so perfectly in their setlist that it could have easily been one of their own.

After several face melting guitar, keyboard and saxophone solos later, it was time for the mighty Midnight to close the show with the appropriately titled track ‘Sunset’ which left everyone throwing their hands up and beaming with smiles all around. This band will certainly be sticking around and hopefully be back on Canadian soil very soon to play a bigger venue and leave even more people feeling content.