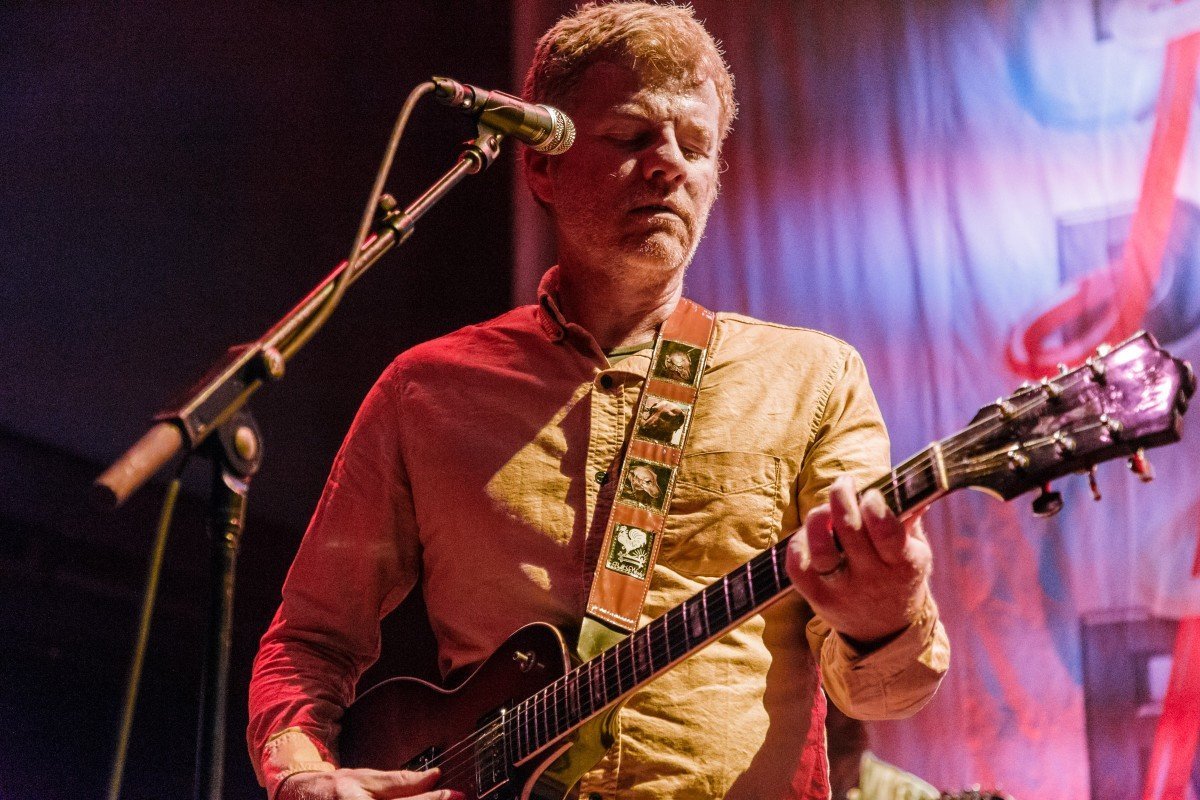 The New Pornographers have been touring their lastest album, Brill Bruisers, for nearly a year now, and on Friday they returned to Washington, DC for another sold out show at the 9:30 Club. After doing two shows at the club last November, as well as a show in nearby Baltimore in February, some bands might fear wearing out their welcome. But proving that New Pornographers fans are dedicated, many returned to see the band for the second, third, or even fourth time in less than a year.

And, as always, those fans were in for a powerful show. Frontman A.C. Newman led the band through a 22-song setlist that included many favorites (among them “Sing Me Spanish Techno,” “Sweet Talk, Sweet Talk,” “The Slow Descent Into Alcoholism,” and “The Bleeding Heart Show”) along with a good selection of tracks from the new album. The absence of members Neko Case and Dan Bejar (Case having just come off of her own tour and Bejar preparing to tour the upcoming Destroyer album) meant that the focus of the night was on Newman’s songs, which presented the opportunity to reach into the back catalog and pull out some tracks that the band hasn’t played live in a while – in particular, “The New Face of Zero and One” from 2003’s Electric Version, which he noted they were playing live for the first time in over ten years. Joining the band for this leg of the tour on vocals and occasional violin is Woodstock, NY-based musician Simi Stone, who effectively helped to fill in the vocal harmonies that the band is known for. While Case and Bejar’s contributions were certainly missed, the band proved to be more than capable of holding their own no matter what the format.

The opener for the night was a homecoming for former DC-area resident (now San Francisco-based) Thao Nguyen, with her band Thao and the Get Down Stay Down. The band played a high-energy set drawn mostly from their latest album, We the Common.

Thao and the Get Down Stay Down