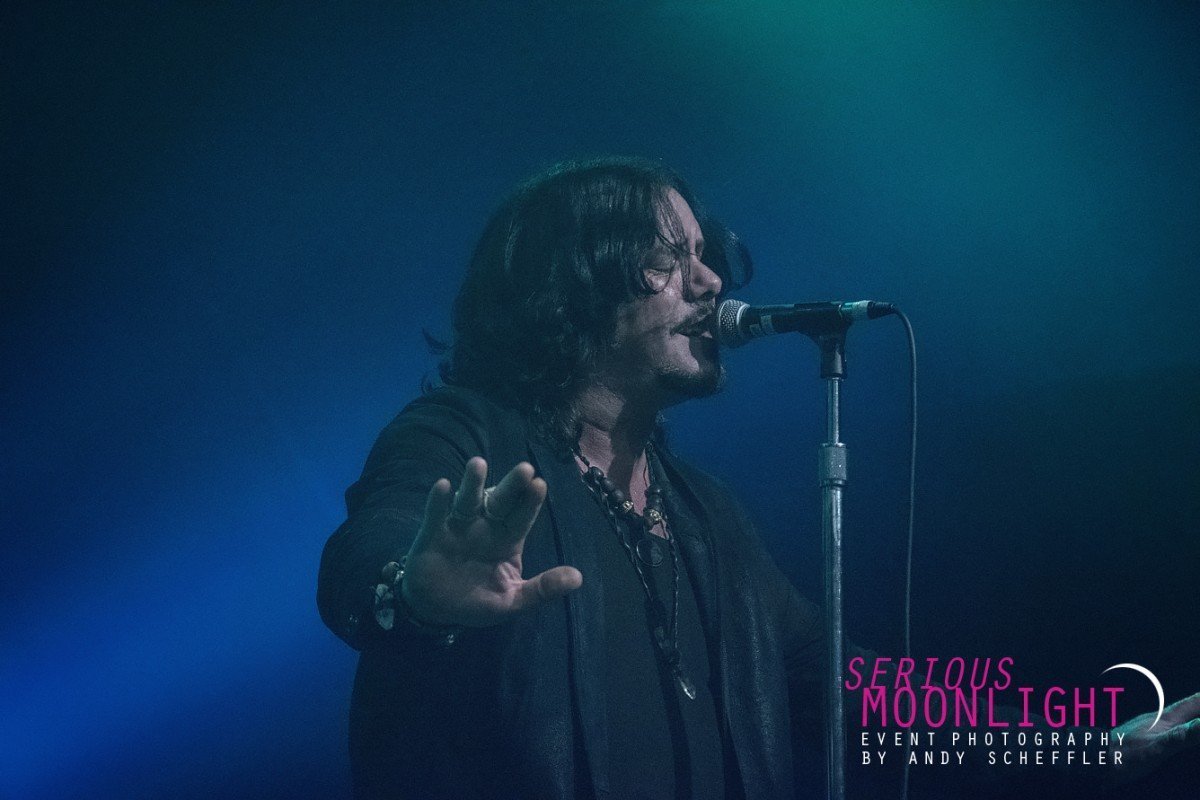 The second of two packed nights at the Commodore in Vancouver hosted by The Tea Party, one of a myriad of rock bands from the explosive era of Canadian music in the mid-90s who are rekindling that old magic in the past few years, was a great slice of their history.

While on first glance, the set list appeared brief, they took it, massaged it, injected a bunch of covers (U2’s “With or Without You” showed up in the middle of “Heaven Coming Down,” and in encore tune “Sister Awake,” they managed to roll in The Tragically Hip’s “Bobcaygeon,” The Rolling Stones’ “Paint It Black,” and David Bowie’s “Heroes” – the latter after singer Jeff Martin quipped that he was taking a ferry to Victoria the next day and hoped to see ‘some of them…. I, I wish I could swim, like dolphins, like dolphins can swim…”), took out some songs, and really flexed some musical muscle.

Over the years, their sound has evolved through Middle Eastern influences, to industrial/electronic, to bluesy, but somehow the Tea-Party-esque thread weaves through it all to make the body of work sound cohesive. Martin also dryly referred to them standing apart from their rock brethren of the day, after heaping praise on the talent of those bands, by referencing The Tea Party’s darker undertones that brought to mind, “sex and drugs and rock n roll and black magic. Some of it was true. It was the 90s – I don’t remember what happened.” He used this to segue into their hit off of 1997’s Transmission album, “Temptation.” To end the entire set, Martin introduced his band. “Ladies and Gentlemen, [bassist] Stuart Chatwood. Ladies and Gentlemen, [drummer] Jeff Burrows. ….Me,” he said, indicating his own self. “We are the Tea Party – we are Canada’s Tea Party. See you next summer.”