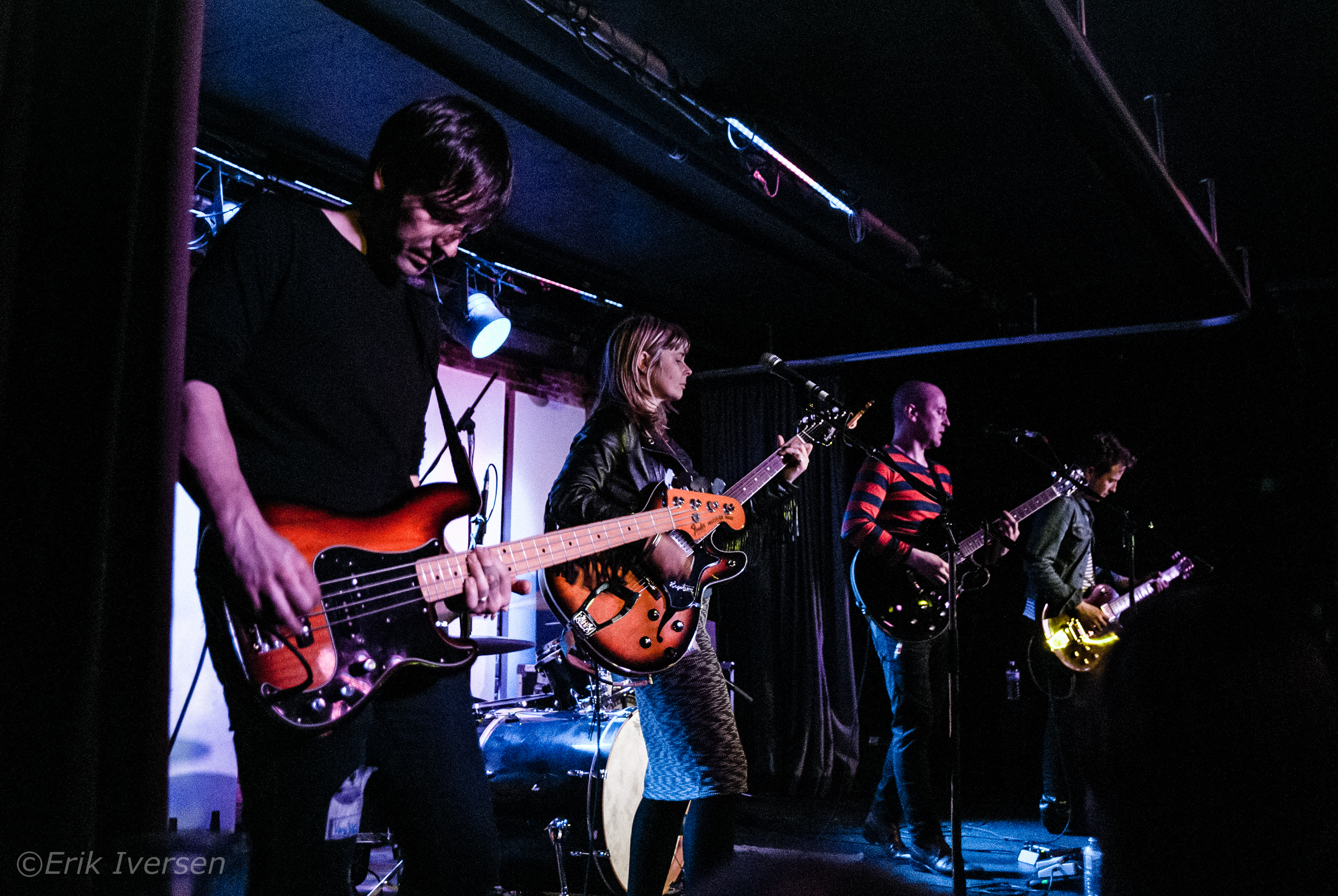 An enthusiastic audience turned out to Vancouver’s Electric Owl to witness the gentle yet edgy ‘90s pop of the Vaselines. The Scottish songwriting duo performed selections from their new effort V is for Vaseline, 2009’s Sex With An Ex and many longstanding gems from their original 80s/early 90s output. Originally a songwriting couple consisting of former Glasgow couple Eugene Kelly and Frances McKee, the Vaselines have expanded their project into a full fledged rock band; the results have not detracted from the core authenticity and resilience of their endearing pop sensibilities. Heavily celebrated by the late Kurt Cobain, the Vaselines are renowned for crafting succulent folk pop songs. The crowd at the Electric Owl included a large component of Nirvana fans eager to see some endearing classics performed by their original composers.

Beginning their set, the Vaselines wasted no time in establishing a comfortable and friendly rapport with the audience, cracking through a number of sexually charged jokes onstage( “Frances dried up years ago!”). “This is mild mannered Canada” Mckee joked, “we don’t know what it’s like here!” Cranking though bubbly alternative folk rock numbers, the Vaselines acknowledged modern implications of a former couple continuing a touring act. On “Sex with an Ex”, Kelly and Mckee,at the very least, imply an ongoing flirtation between the band’s principle songwriters. “I don’t have to sleep with him anymore” sputtered Mckee between laughs. The night of short, tightly executed pop numbers was frequently inter spliced by confident and enduring stage talk. “Can I ask you all a personal question?” she continued. “What do you think of Scottish lasses?” The Scottish aspect of the Vaselines is nothing short of endearing and central to the charm of their off kilter, generally brief bullets. One front row member of the audience proudly had a Scottish flag drapped across his back as he danced through the entirety of their performance.

Bringing out indie rock supporting act Loch Lomond midway through their performance, the Vaselines cruised through “Molly’s Lips’, a song famously notably covered by Cobain and co. on Incesticide. The supporting act climbed on stage in order to supply the rubber-horn honks present on the studio recording, a somewhat detracting feature from the otherwise charming song. Luckily, in this live setting, the squeaks and honks were barely audible and did not diminish the song’s execution but rather added the supplemental energy with the spectacle of three broadly grinning onstage dancers. The Vaselines work a fine angle. While there is an undeniable sweetness and charm to their music, its sugary flavour is counter balanced by well place sarcasm, wit and humour. While many folk pop groups often find themselves stuck in a sluggish territory of mediocre fluff, the Vaselines’ high quality work is deserved of comparison to lo-fi indie greats such as Guided By Voices. The band writes quality, short hits numbers that are undeservingly obscure

Many of the band’s tunes clock in well under two minutes, which isn’t at all a bad thing; many Vaseline songs bear a smouldering brightness in their final moments that would not pack the same punch if the compositions were further extended. Closing out their primary set with the most excellent “Son of A Gun”, Kelly bounced vocals back and forth between the verse and chorus. The band’s encore continued the same carefree attitude present through their performance. Few groups craft such light hearted and intoxicating duets. The band’s peculiar charms, style and talent are worth mentioning, and they know it. “We are going to get sick of you before you get sick of us!” laughed Mckee.