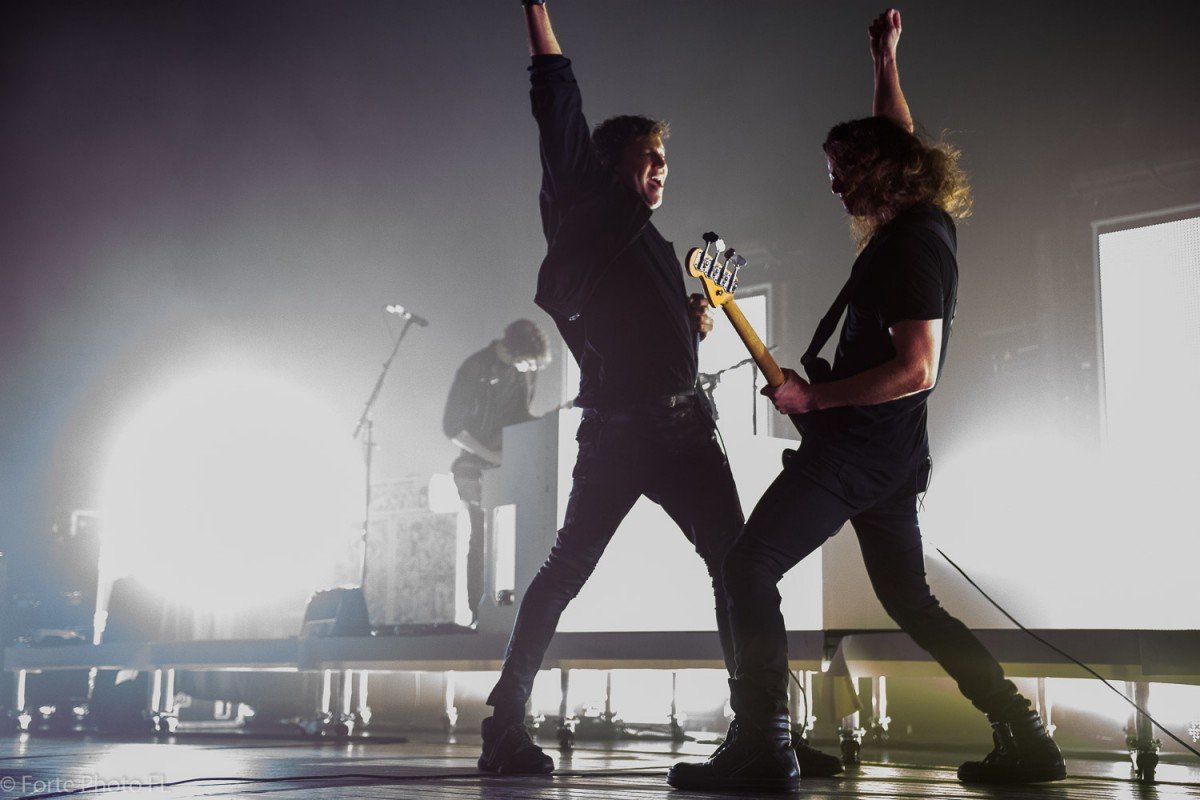 Third Eye Blind deftly navigated two decades of music Saturday with a setlist that bridged a time when everyone had a Tamagotchi to, well, last month.

Hard Rock Orlando came alive with the opening riffs of “Thanks A Lot,” a throwback to the multi-platinum self-titled debut album from 1997. Under cover of a brilliant light show, frontman Stephan Jenkins et al. next segued into “Never Let You Go” from follow-up album Blue.

“Wounded” followed, another sing-along track from Blue that had hands raised and audience participation. Brad Hargreaves’ signature punchy snares propelled “Can You Take Me” forward and seamlessly blended into “London” — one of several combo songs throughout the night.

The band kept the energy up with the sneering “Graduate” before dipping into four consecutive tracks from latest album Screamer, released in October on Mega Collider. The title track and namesake for the Screamer Tour was the best performed of the bunch, but the unfamiliar territory deflated the crowd.

The band swung back into form with the crushing melancholy of “Deep Inside of You,” before dropping the lights for the stripped down intro of “Motorcycle Drive By.” Stephan’s iconic voice and acoustic guitar gave the rest of the band a breather before they burst in for the climax, then dropped back for Stephan to conclude the song.

The band took a beat before launching into the song that arguably most defined late 90s alt rock. Stephan had barely cleared “I wish you…” before the crowd instantly echoed the lyrics of “Jumper.” Indeed, Stephan let the crowd take lead heading into the bridge, and thanked Orlando for their participation before wrapping up the song.

The band walked off one-by-one with set closer “Light It Up” from Screamer, then rocketed into an encore performance of “Semi-Charmed Life.” The “doo doo doos” were still rebounding off the ceiling when Third Eye Blind transitioned to “How’s It Going to Be” for a bittersweet sendoff.

Warming up the crowd were indie darlings Smallpools, which, as the only opening band, had the freedom of an extended 11-song set. Looking dapper in retro-chic outfits with open collars and polyester patterns, the quartet poured out sugary pop goodness on songs including “Stumblin’ Home,” “Passenger Side,” and “Street Fight.” A particularly inventive and surprising mashup was the ending of “Mother” into Radiohead’s “Creep.”

Third Eye Blind set list:
Thanks a Lot
Never Let You Go
Wounded
Can You Take Me / London
Graduate
Screamer
The Kids Are Coming (To Take You Down)
Walk Like Kings
Tropic Scorpio
Ways
Deep Inside Of You
Motorcycle Drive By
Another Life (How Soon Is Now intro)
Palm Reader
Anything / Crystal Baller / Blinded (When I See You)
Jumper
Light It Up

Encore:
Semi-Charmed Life
How’s It Going to Be