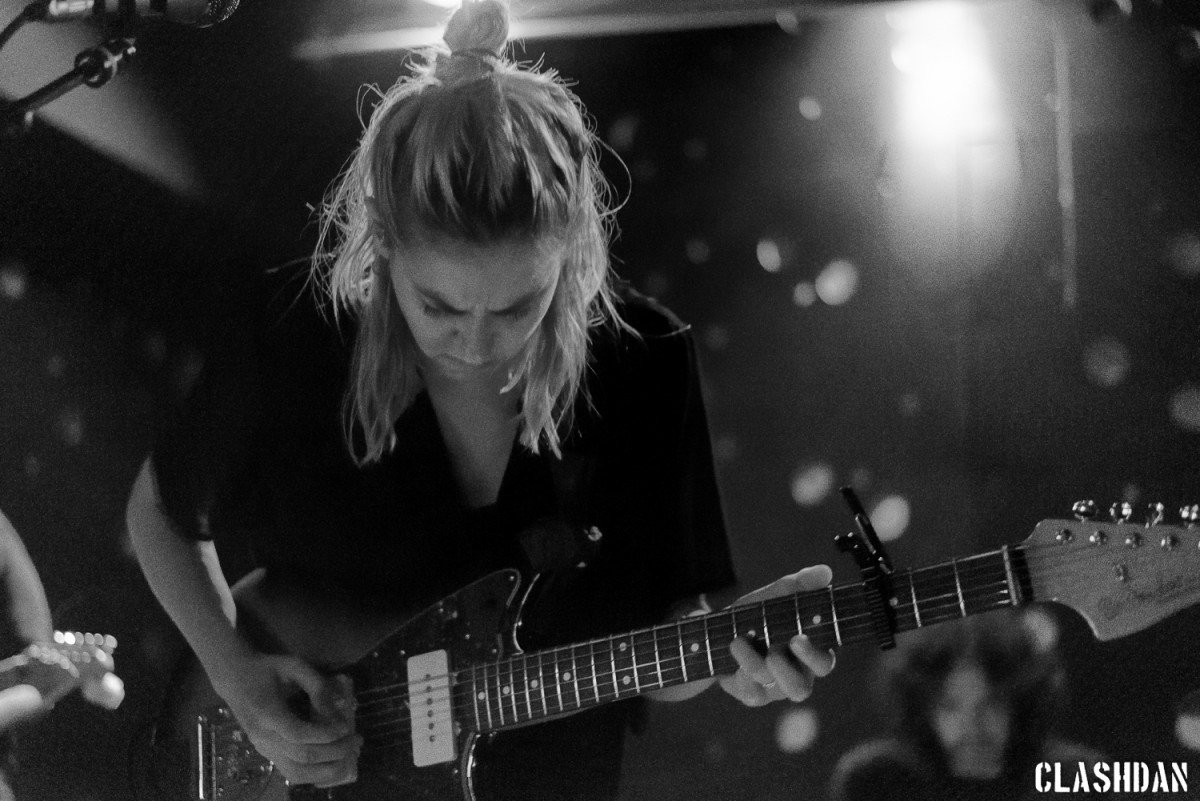 The Pinhook in Durham was crowded on a Rainy Tuesday night. The front lights were turned off and the stage was barely illuminated by dim red light as Mackenzie Scott, the singer-songwriter who performs under the stage name Torres, made her way to the front. She lit a bit of sage and waved it around the stage and over the crowd. The lingering aroma combined with the moody red lighting set the tone for what would be an intimate and emotional evening.

Showcasing her recently released album Sprinter, Torres opened with the dark and ominous “Son, You Are No Island,” which was immediately followed by a heartfelt rendition of “New Skin.” It was shortly after this that the evening threatened to derail. Mackenzie’s guitar started to cut out and her face was a dark cloud of frustration. A quick attempt to fix the problem didn’t work and the guitar was angrily thrown down on the stage. She apologized to the crowd and soldiered on for a song with no guitar before being handed a replacement generously offered up by the opening band, See Gulls. As the evening continued, the audience was taken on an emotional roller coaster with songs that alternated between powerful and aggressive, to delicate and intimate. The early instrument failure, rather than causing Torres to withdraw, served as a bonding experience with the crowd. The song “Strange Hellos” was introduced by Mackenzie asking “Have you ever been ass fucked in the heart?” Without skipping a beat someone in the crowd responded with “In a good way or a bad way?” She thought about it for a minute before delivering the answer in a roaring rendition of the song full of rage and volume.

Torres cracked a shy smile as she expressed her delight that so many people had made it out to the show for her first time in Durham North Carolina, before closing the evening with a tender and soulful version of “November Baby” from her self-titled debut.

The task of opening the evening fell to local Raleigh/Durham/Chapel Hill band, See Gulls. Led by singer-songwriter Sarah Fuller, See Gulls played a tight set of songs. The band, featuring Maria Albani on drums, Leah Gibson on bass, and Duncan Webster on guitar underline Fuller’s emotional lyrics with a hook-laden sound that is both familiar and foreign. The songs are catchy, but there is a sinister feel… Surf rock with an insidious undercurrent. Their set featured songs from the forthcoming EP, You Can’t See Me, which is set to be released on July 18th. Highlights included crowd favorites “Don’t Write Me Love Songs,” and the unsettling “You Can’t See Me.” See Gulls have been generating a fair amount buzz, including a nod from NPR’s “All Songs Considered.” This is a band that has been methodically building a momentum that draws people. They become more confident and commanding with each performance, and if the wry smile and the twinkle in Sarah Fuller’s eye is any indication, See Gulls are enjoying the experience.