Toto @ The Centre In Vancouver For Performing Arts – July 30th 2018

American classic rock legends Toto kicked off the North American leg of their 40th anniversary tour in Vancouver tonight. The Centre was buzzing with anticipation at 8pm with every seat full in the house. The lights dimmed and 8 silhouettes stood on the stage before kicking into latest track ‘Alone’ released earlier this year.

It was immediately apparent that every member brought something unique to their incredible stage presence and sound. From the multi talented percussionist Lenny Castro to distinguished guitarist Steve Lukather. On lead vocals Joseph Williams (son of the famous composer John Williams) sung with epic harmonies and moved around the stage interacting with the crowd. Steve pointed out between a song that their original keyboard player David Paich was absent due to “penis reduction surgery” and had Dominique “Xavier” Talpin (formerly played with Prince) as his fill in for this tour. Dominique did an outstanding job throughout the show after only a couple of weeks of rehearsals. 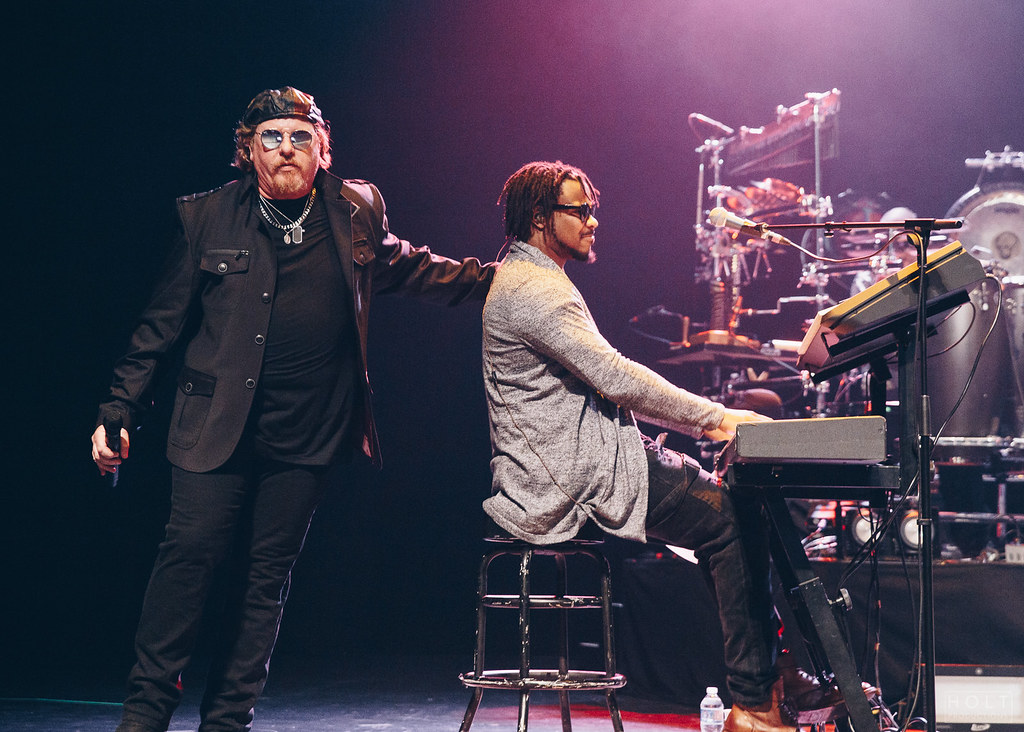 Halfway through the show Steve came out with an acoustic guitar and sat down talking with the crowd and band members like a storyteller, playing partial renditions of some of their biggest hits along with a cover of Michael Jackson’s ‘Human Nature’. It was a very humbling moment to see them turn a 1,800 capacity venue into what seemed like an intimate bar.

Once the acoustic was put away it was time to kick it back into gear with their classic track ‘Goodbye Girl’ from their self-titled first album, released in 1978. The energy rose to its peak when the show was coming to a close and the most anticipated song of the night was to be played. Steve requested everyone stand for what was to be revealed and the crowd cheered as the opening of ‘Africa’ began. The audience went wild and Joseph pointed the microphone outwards as people belted out the chorus. They extended the song into a drum solo by Shannon Forrest before passing it over to Lenny with his gigantic African-style vocal chants which had the crowd repeat after him.

After what everyone thought was the end of the show, Steve made an announcement that they wanted to return the favour of Weezer covering ‘Africa’ earlier this year by doing an amazing rendition of ‘Hash Pipe’ which can be viewed here. This was a live debut that left everyone smiling.