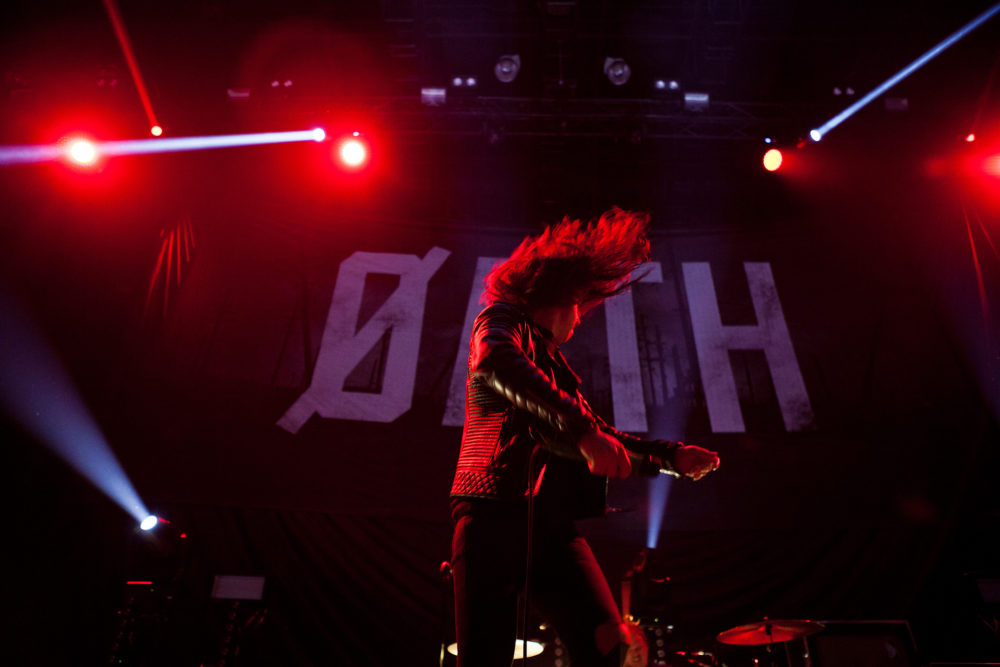 It’s April in Seattle and that means there’s finally a break from the constant gray and mist, so what better way to celebrate than by packing ourselves in a venue like sardines and screaming our lungs out. Thankfully, Underøath and Beartooth were in Seattle to provide an evening of just that.

Beartooth got things off to a quick start with the title song from 2016’s Aggressive, to which the already full crowd screamed along with lead singer Caleb Shomo, letting all the pains of everyday life go for thirty minutes of cathartic aggression. Before launching into “In Between” Caleb let the crowd know that whether they knew who Beartooth was before last night or if it was their first time hearing of them, he was grateful for them and that’s what makes them such a good band. They accept anyone for who they are, providing kids who might feel alone otherwise a place and community where they feel wanted and accepted. And based on the thousands of kids singing along and brand new Beartooth shirts on, things are only starting for the band.

A Scream with a Message

Bands like Beartooth have driven their careers on the roads paved and built by the early-mid 2000s metalcore and emo bands. One of the first bands that come to mind from that era is Underøath who broke up in 2013 to the dismay of fans. Fortunately, they decided to reform two years ago, sadly I missed their performance in Seattle last year. So when I heard they were coming back to Seattle I knew I had to be there to witness it, and I wasn’t let down.

While the years of them playing in tiny venues are long gone, seeing them have over 3000 people scream along, losing their minds was awe inspiring. The fans dedication is far from being fueled solely by nostalgia, lead singer Spencer Chamberlain was a bundle of energy on stage. His stage presence has only gotten more poised and intense with age.

And then there’s the rest of the band, whose energy levels all matched that of Spencer’s, thrashing themselves around the stage feeding off the energy of the crowd and music. While the stage might be bigger and the venues larger, the show stays the same, just a solid set of emotional hardcore that forces fans to be engaged. Their ability to kick the proverbial teeth out of the audience is what has allowed them to be on a versatile history fo tours, including Warped Tour and the now defunct Mayhem Festival.

After and amazing night of music in Seattle and a promise to return next year, hopefully, the band will find time to enter the studio, cementing them among their current contemporaries. Allowing a new generation of kids who missed out on a very raw era of music to feel understood and welcome.