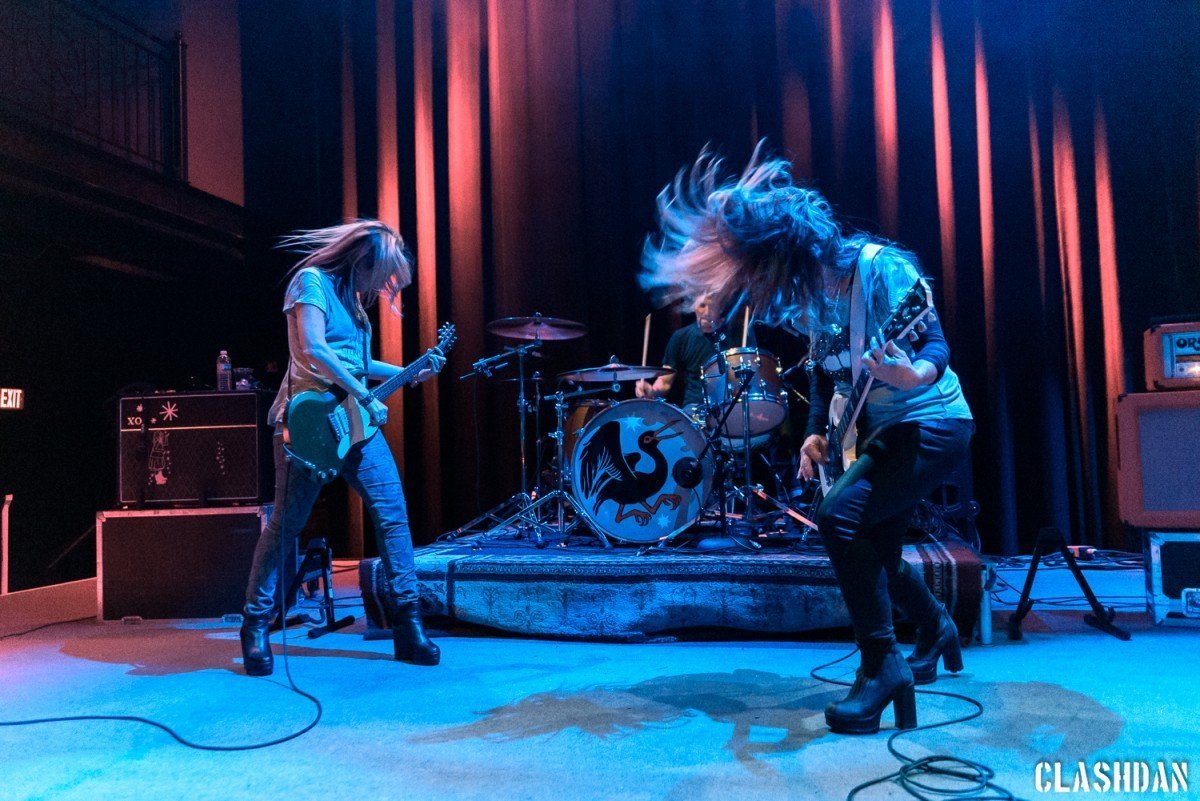 Veruca Salt are back! Formed in 1993 by Louise Post and Nina Gordon, Chicago band Veruca Salt released two well received albums. By 1998 Co-frontwoman Nina Gordon left the band in a dispute with Louise Post that oozed TMZ-like drama. Louise Post continued writing and performing under the Veruca Salt name until 2012, when she finally decided to put the band on hiatus.

Unexpectedly and improbably in 2013, Veruca Salt announced that their original lineup would reunite and hit the road for a US tour with a mention that they might add some new material into their sets. After a successful run of dates, the band released an EP, MMXIV, which contained two new songs. And then in July of this year, Veruca Salt released Ghost Notes, their first album to feature the band’s original lineup in 18 years. The album is a true return to form sees Veruca Salt sounding as relevant and powerful as ever. They hit the road for another round of tour dates to support the album, ending at the 9:30 Club in Washington, DC where Concert Addicts caught the show.

The band took the stage and was immediately greeted with a raucous response of affection from the sizeable crowd. They seemingly picked up right where they left off in 1998. The guitar riffs, both heavy and melodic, grabbed the crowd with their catchy and recognizable hooks. Nina Gordon and Louise Post stood front and center delivering their trademark intertwined vocals that were equal parts soothing purr and angry growl. Louise took the lead on the more involved guitar parts and the heavier vocals with Nina filling in the more rhythmic guitar lines and melodic vocals. It was obvious that any uncomfortable history had been put well and truly behind them as they continued to exchange glances and smiles. Their chemistry and ability to complement each other was both heartwarming and undeniable. Drummer Jim Shapiro and bassist Steve Lack appeared equally thrilled to be back driving the band from the rhythm section.

The set list was a well-balanced mix from across their catalog with classic older songs sitting comfortably alongside new tracks from Ghost Notes. While the crowd reacted favorably to new songs like “Laughing in the Sugar Bowl,” the biggest reactions were in response to classic hits like “Seether.” and “Volcano Girls.” The latter song getting an extended intro explaining how the song was written on the beach in Hawaii during the recording sessions for Eight Arms To Hold You. Throughout the show, the love and respect between the band and their dedicated fans was obvious with Louise and Nina repeatedly telling the crowd how much they had missed everyone. Before launching into their first encore, “Shutterbug,” Louise and Nina took to the stage with roses that they tossed to the crowd. The evening ended with an emotional take on “25” that saw the band leave the stage one by one while Nina continued playing before blowing a kiss to the crowd and walking off. Veruca Salt have taken their past strengths, put to rest their interpersonal issues, and are moving into a new era. Veruca Salt are back!

Starting off the evening was New York band Charly Bliss. With a sound that combines power and melody with undeniable pop hooks, Charly Bliss are a blast of energy and joy. Frontwoman Eva Hendricks’ vocals have a girlish yet powerful quality that harkens back to Kay Hanley during her time with 90’s alternative rockers Letters To Cleo. Based on their exuberant performance and catchy songs, Charly Bliss are a band to watch!