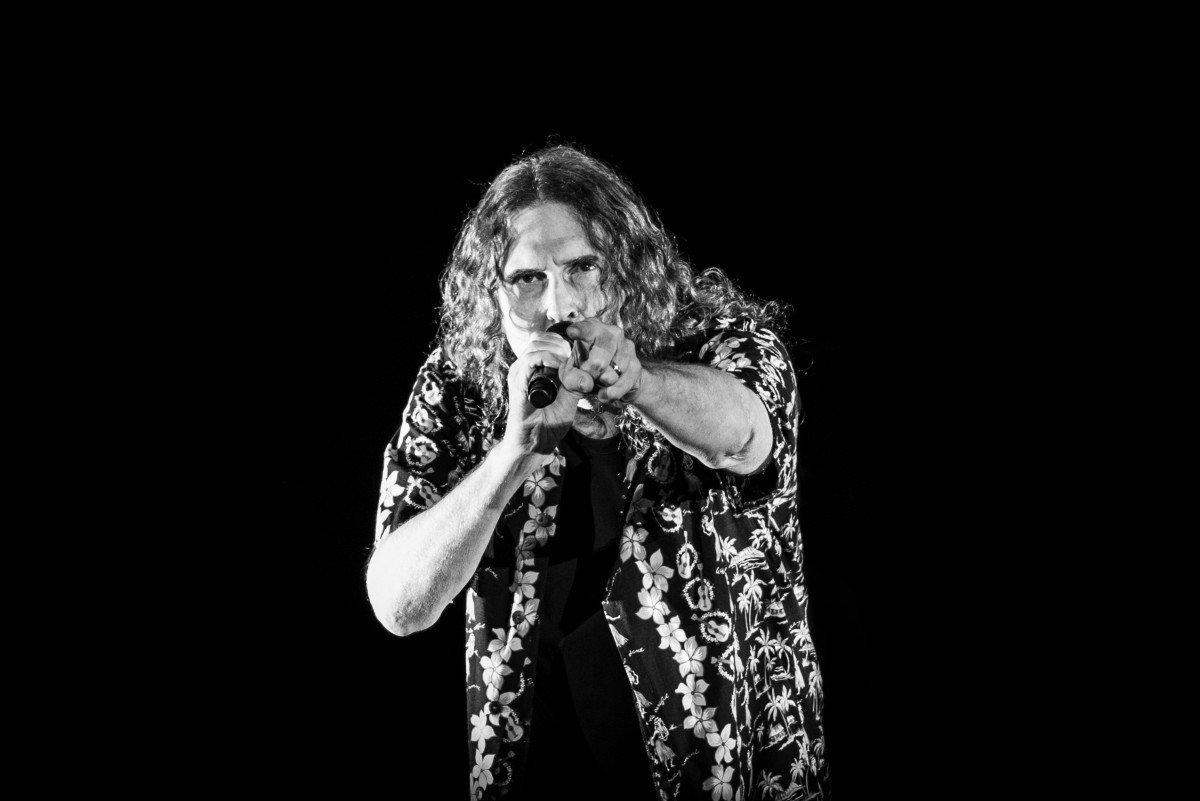 “Weird Al” was the very first concert I ever went to. When I say that to people they laugh a bit – probably not with me, which frankly is a little uninformed – and maybe that’s strange but here we are. Well, I guess I’m glad I didn’t tell them “my first CD was the Pretty Woman soundtrack,” and your first concert was Avil Lavigne so I don’t know why you are taking the high road with me, Kathy.

Weird Al in 1996 was amazing. I think he was at the Orpheum and I remember being surprised how enthusiastic all the fans were. I expected comedy-special-like laughing and applause, I guess. I had a bunch of CDs, of course – why were they always more expensive than other albums? – but I didn’t know all the words to “The Biggest Ball Of Twine in Minnesota” like every other single person in the audience. No one was going to mistake it for a Guns and Roses concert but it wasn’t what I expected. What did I know? All I wanted was him to sing “The Night Santa Went Crazy.” 15-year-old Jason thought that was the funniest thing ever written…

Now, in 2019, Weird Al is 2 months from 60 years old, lost the glasses and mustache and, as far as I can tell… that’s it. Nothing else has changed. The crowd is still covered in bright Hawaiian t-shirts, sing along to every single song, freak out every time a song starts and they recognize it because of OH-MY-GOD-ITS-HARVEY-THE-WONDER-HAMPSTER! The concert still gets right to “The Biggest Ball Of Twine” and everyone still knows the words better than me. Profoundly better. It wouldn’t surprise me if it was the same images up on the screen (they are. There is no way they aren’t). It’s still hilarious when Al spends an entire song pretending he is almost maybe going to play a guitar before head-faking back to another verse and it won’t ever get old.

And how is Al keeping this up? There is a photo below of him kicking basically straight up. He destroyed a guitar like it owned him money, and he basically climbed on top of the audience. This man is a machine!

One of the highlights that I didn’t expect was the fake trailer for “Weird,” the fake Bohemian Rhapsody-styled bio-pic staring Aaron Paul and Olivia Wilde. Its 6 years old! How did I miss that? Seeing clips of all the tv shows and movies Al has been mentioned or had a cameo in, amazing. If you haven’t seen him play Sir Isaac Newton with Epic Rap Battles of History you have been missing out. The breaks between songs never really felt like breaks, just short, nostalgic refreshers.

Part of me, tho, left wishing some other songs had made the list. 2019 is not the year to play a song about Santa going on a shooting spree or “Trigger Happy,” one of my favorite Al songs as a kid. I can appreciate that. “Foil” is an amazing song, built on Lorde’s hit “Royals” and with a truly amazing video that has the best second half of any music video I’ve seen in forever (did you see Post Malone get stabbed to death? Runner up). This video needs to be up on the big screen, and while Al hasn’t had an album in a few years Lorde might be the most relevant of his songs, culture-wise. This is especially true as most of the videos up while he sings have… not aged well. High Def they are not. I remember “Gump” being a huge hit for him, “Melanie” is a fan favorite, and something about “I Think I’m A Clone Now” has always made me aggressively happy. I’d come back a second night, mileage be damned, for 15 more songs!

But I get it. Weird Al, at 59.84 years old, is not going to out run the angry fans that can’t reconcile a Weird concert without “White and Nerdy” or “You Don’t Love Me Anymore.” There was only one viable plan and I would probably do the same. 1996 Jason is wore his Bad Hair Day concert tee to bed after these songs without complaints. But the 38 year old (shut up) me doesn’t need every song to be about Star Wars, in the best and most depressing Transformers movie, ever, or feature claymation dinosaurs. Hits are hits and pop culture is pop culture but Def Leppard is playing songs in Vegas this month they haven’t played in any form for 20 years. Can you imagine hearing “Here’s Johnny!” live? or “Everything You Know Is Wrong?” Or your favorite song that I didn’t mention but is the song hidden in your heart’s secret heart? Counterpoint: its hard to argue with a dozen storm troopers and Darth Vader. That was a good sign-off!

So, my point if there is one? This concert needs to be 6 hours long. That’s all there is to it and I cant imagine how that could possibly go wrong. Can you?

Jason Martin is a semi-professional semi-enthusiast (enthusiastic?) Canadian photographer who prefers Nikon because his friends had Nikon, artists who perform under more than a single, purple LED on stage, and wishes you the best of luck looking for his social media accounts. You won’t! But they exist nonetheless.