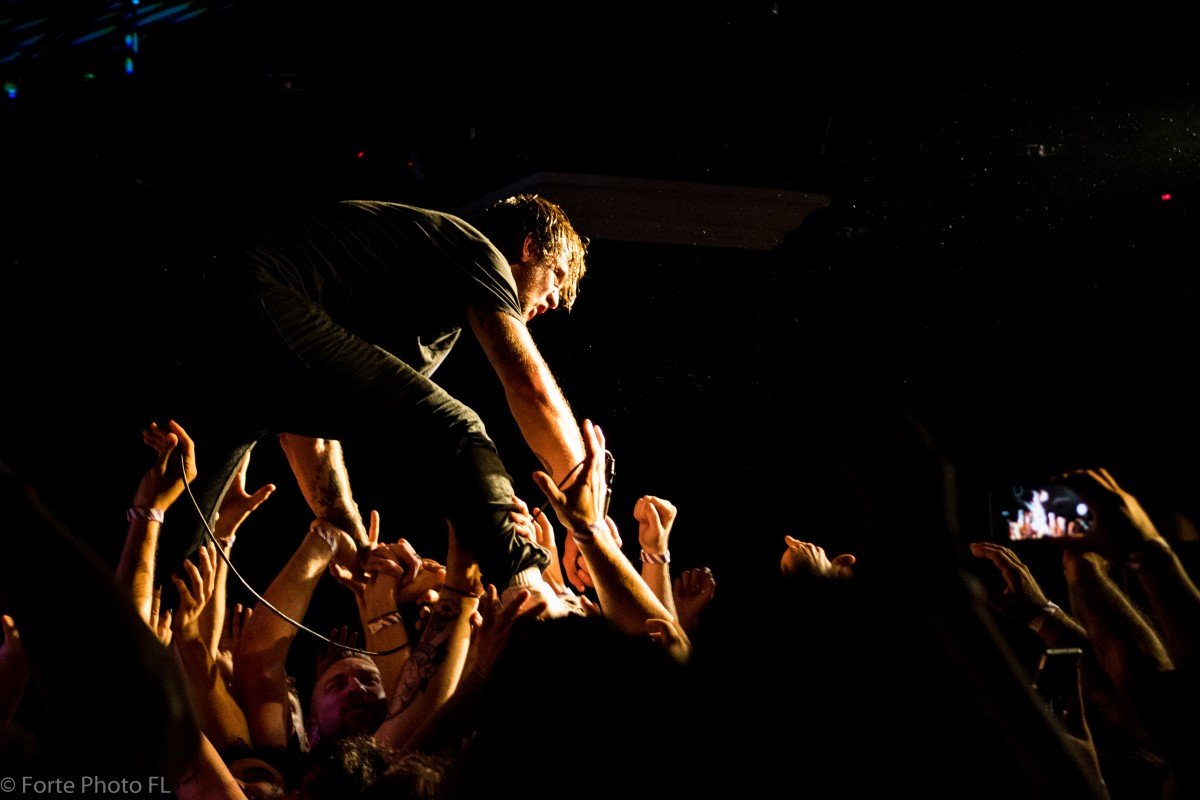 While She Sleeps kicked off their headlining North America tour Thursday with a powerhouse performance that repeatedly blurred the lines between artist and audience.

The raucous show at The Abbey in downtown Orlando was a blistering journey through the metalcore band’s catalogue, including multiple songs from their latest LP, So What? The set kicked off with the first three tracks off last year’s release: Anti-Social, the bouncing I’ve Seen It All, chased by the anthem Inspire. The crowd returned every bit of energy the restless band put out, singing along and banging their heads to some seriously nasty riffs.

The breakdown in the following Civil Isolation was the sonic equivalent of throwing rocks at a hornet’s nest, with the mosh pit whipped into a fist-slinging frenzy. It seemed the show couldn’t get any wilder, but While She Sleeps still had several surprises in store. The band’s legendary Brainwashed was played with three of the five band members in the middle of the crowd surrounded by a swirling circle pit.

Frontman Lawrence “Loz” Taylor returned to the stage for Faker’s Plague, before announcing there were no “sacred spaces” in their concerts and inviting everyone to join them. The stage seethed with two-stepping stage divers for Death Toll, before the band took a quick breather with the opening of Four Walls.

Second bill openers He is Legend unleashed their unique mix of Doom and Southern rock with a deafening set that kept the crowd moving. Fat, fuzzy bass lines that would make Josh Homme weep kept time with a rich guitar tone that fell somewhere between Red Fang and Sleep. Standout track White Bat was flawlessly executed.

Setting the tone for a heart-pumping show were newcomers Savage Hands, a young act turning heads with their savage mix of soaring vocals and punishing riffs.