Did you hear that howl? Throw-back Australian three piece rock band Wolfmother hit up Vancouver in support of a new record as well as the 10th anniversary of their self-titled seminal album. A decade after their initial, rapid rise, Wolfmother were back with a revamped lineup to celebrate their first and most excellent record. Watching the band perform the bulk of a their highly influential modern classic at the intimate Commodore Ballroom was a special treat.

Starting off with his new single, “Victorious,” guitarist, vocalist and band alpha-wolf Andrew Stockdale appeared excited and energized. Although the band quickly punched through a few newer compositions such as “New Moon Rising” from 2009’s Cosmic Egg. Wolfmother have a known talent for catchy, clear, ringing guitar choruses; Stockton still deals out that trick with familiar effectiveness.  Though there were some promising moments from later compositions, the evening’s setlist happily concentrated on Wolfmother’s most celebrated work.

Andrew Stockdale of Wolfmother in Vancouver

As opening notes of “White Unicorn” salvoed out into the ballroom, it was clear that the song struck a nerve in the audience’s memory; when the song switched into it’s broad, succulent chorus, practically the whole place was head-banging. While singing the chorus “I know what’s on your mind,”  Stockdale churned with a powerful confidence; the man seems aware of the importance of his early work. Brimming with a broad smile, Stockdale mentioned that Vancouver was the first sell-out show of the Gypsy Caravan Tour. Vancouver likes its rock and roll.

Back in 2005, when popular musical culture featured the hey-dey of mainstream metal, garage rock and the Indie movements, Wolfmother’s crisp, crass guitar crunch breathed refreshing new life into mainstream radio. Because of their unusually substantial influence on contemporary rock, Wolfmother have been held to a very high standard of expectations; subsequent records were slow in their release and a meltdown of the band’s original lineup in 2008 substantially curtailed the band’s fortunes but the band has endured.

Stockdale can still write a great song. The band’s performance of their new title track “Gypsy Caravan” featured a hypnotic driving bass line and a catchy vocal melody before flipping into a a succulent, Black Sabbath styled power chord riff. Supporting act L.A. based glam glam rockers Deap Valley joined the stage for the song, bringing with them the touch of female vocals and tambourine. Wolfmother do not exactly have a broad set of musical tactics, but the band’s core set of tricks are effective and well-honed. Bassist/keyboardist Ian Peres and touring drummer Alex Carapetis appeared both wild, confident and comfortable on stage; the rhythm section captured much of the same energy as Wolfmother’s original lineup. If the resonance of Wolfmother’s sweet, direct rock riffs don’t sound quite as special as they used to, it’s only because they have been so commonly imitated over the last decade.

Ian Peres of Wolfmother in Vancouver

As the set progressed, every song was a meaty rocker, culminating in the most excellent, stoner-rockqesue destruction of “Colossal.”. The band has served as a bridge between musical worlds such as the throw-back style of ‘70s arena rock and the lesser known stoner rock scene. The audience smiled and soaked in the buzzing volume.

Wolfmother’s Vancouver performance emphasized the power of the band’s best album while showcasing  the more promising selections of their later work. Wolfmother deserve a special place in rock and roll history; their energized and distinct performance at the historic Commodore Ballroom was memorable, intimate and exciting. Wolfmother is still hungry and remains on the hunt. 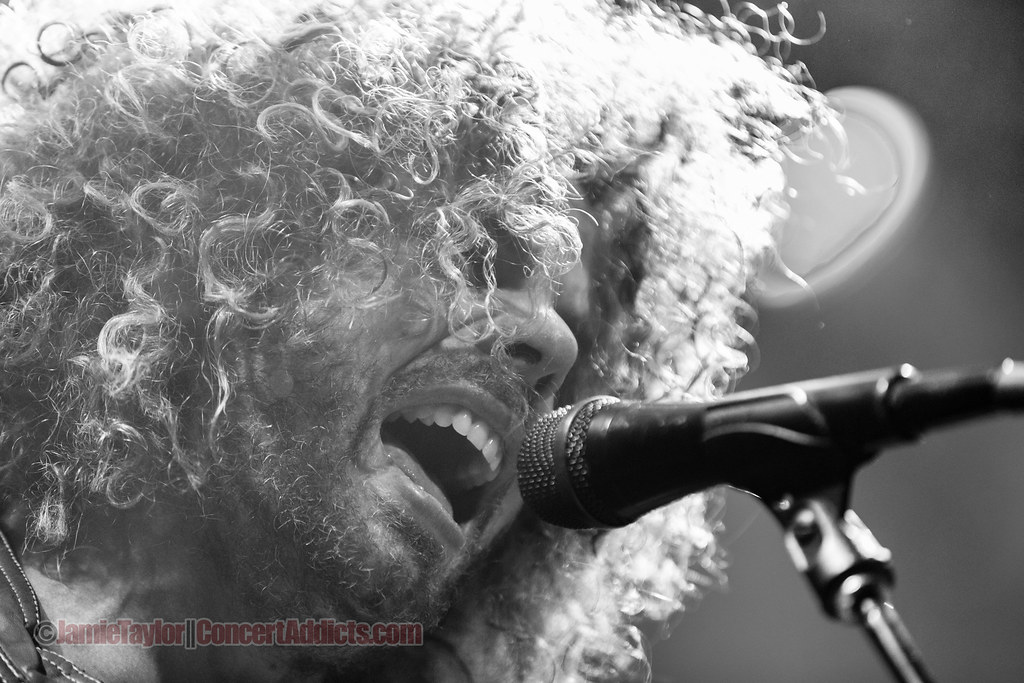