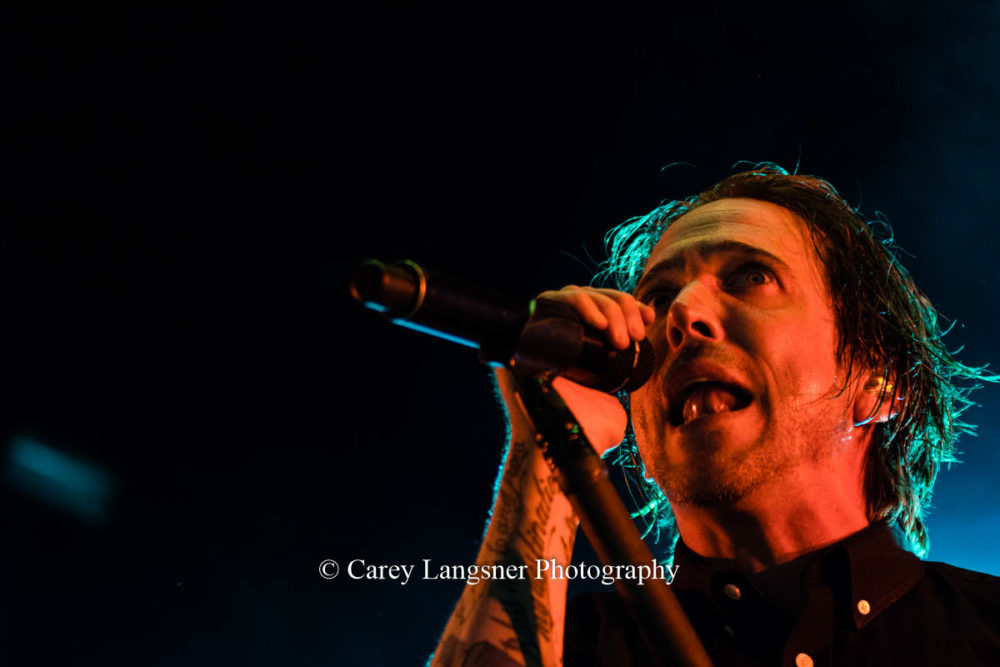 WTFest began their second year as a music festival in Lions Park in Brantford, Ontario on June 25th. Last year the festival was a two-day event, held on the Saturday and Sunday. The reason the festival has chosen to go a different route this year as stated on their website is; “We took the money we spent on a 2 day show last year and invested in one bigger rock show…to turn Brantford into a FESTIVAL CITY for the entire week.”

The main stage line-up was Logan Staats, The Standstills, Saint Asonia, Monster Truck and headliner Billy Talent. The Ascot Royals headlined the Budweiser side stage along with local bands that competed in a battle of the bands to play at the festival, unfortunately due to the large crowds and the distance required to reach that stage I was unable to cover more than one stage.

The main stage started later in the afternoon in the super hot sun with Logan Staats performing solo. Unfortunately the crowd could not hear him and kept yelling LOUDER LOUDER to the sound guys. After the first song and a half, with no luck in increasing the volume for the crowd, a yell from the pit by Jungle Jane (http://ckrzfm.com/artist/the-jungle-jane-show/) told the sound guys that the microphone was installed backwards. DOH Problem solved. Yeah Jane

Next to hit the stage from Oshawa Ontario, was The Standstills with Rene Couture on drums and Jonny Fox on guitar with both of them sharing the vocals. Even the hot sun beating down and reflecting off the symbols at Rene it didn’t seem to slow her down in the least, she beat those drums hard from start to finish.

Saint Asonia, a modern day “super group” was next into the sun. They performed songs from their last album their upcoming album and also cover songs of Three Days Grace, such as “I Hate Everything About You”, which the crowd loudly sang back to the band. Adam Gontier is none stop on and off the stage but watching Rich Beddoe behind the drums is a show all on its own as he never sits still and can often be seen with one of his drum sticks between his teeth with an devilish look on his face.

Next up, one of the most anticipated bands of the day, from 15 minutes down the road, Hamilton’s own Monster Truck. This was their first performance since coming back two days before from a European tour. As they hit the stage the crowd cheered and chanted the band’s motto “Don’t F. With The Truck”. Jeremy Widerman struted all over the stage playing guitar while Jon Harvey on bass belted out the lyrics. Time went by so fast that it seemed that just as it was really getting going the set was done.

Billy Talent closed out the festival by taking the stage by storm and doing a set of more than twenty songs. During the first song, the forward crush of the crowd broke down the fence between the pit and the crowd. With security holding the fence to prevent the crowd from entering the pit lead singer Benjamin Kowalewicz stopped the music informed the crowd that they broke the barricade, to loud cheers, and asked if everyone could take a couple of steps back. Benjamin kept the audience entertained with stories and jokes while the necessary repairs were being carried out. After about half an hour with the barricade fixed the band got the thumbs up to proceed with the concert. Once the music started again it was full speed ahead as the band belted out hit after hit the rest of the evening. There are fewer pictures of Billy Talent as the festival organizers would not let the media return to the pit for safety reasons.
Thank you again to the organizers of WT Fest for allowing Concert Addicts to be apart of this great festival. Until next year.