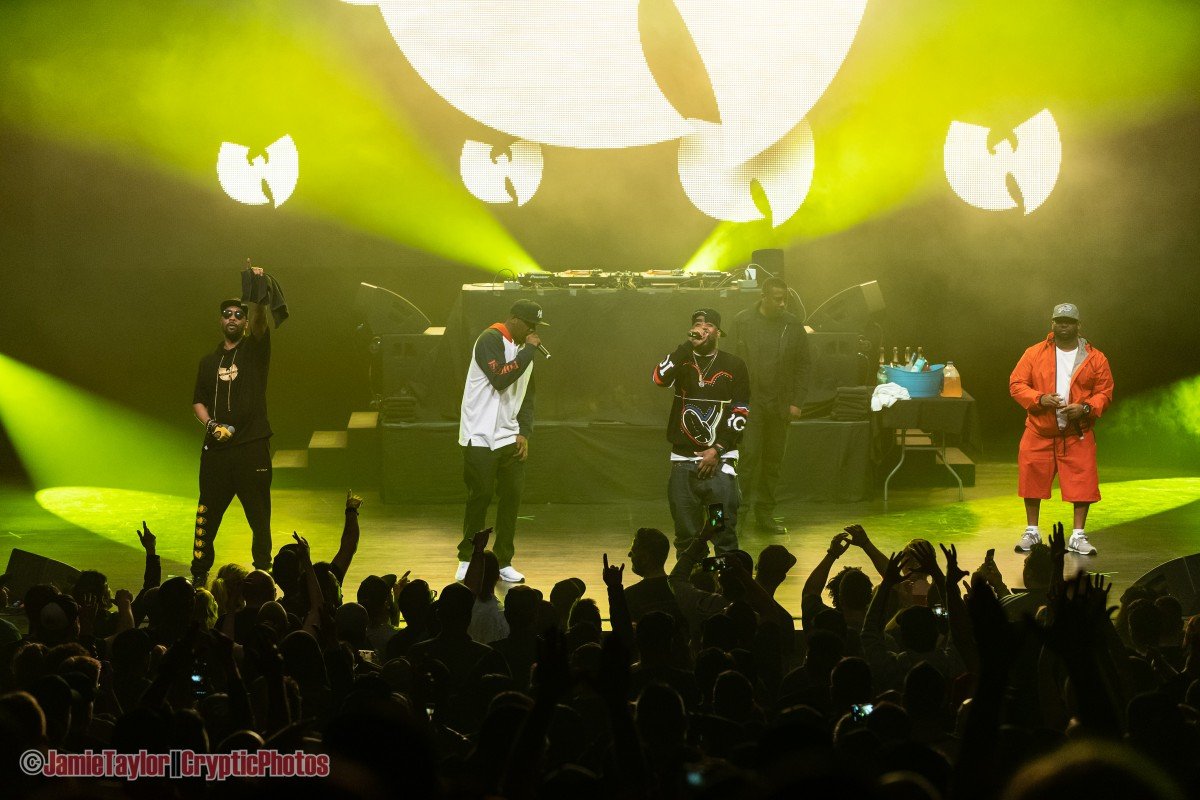 Kicking off Vancouver’s Jazz Festival on Sunday night were the truest rap O.G.’s, Wu-Tang Clan. Hyped beyond belief, the audience gave the legendary crew their all. And while the Wu did their best to return favour, the evening was not without its flaws.

Wu-Tang Clan’s significance on music and culture in the 90’s cannot be overstated. Ask any hip-hop fan, of all persuasions, about their “Top 5” and the Wu will either be listed or given special consideration based on their importance to the game. Their album Enter the Wu-Tang (36 Chambers) is a seminal work, and initiated their multi-decade career. Proceeding their zenith of fame was a host of solo projects, each with varying levels of success.

Billing their Vancouver performance as a front-to-back playthrough of 36 Chambers, the war was won before the first beat dropped; so, where did it fall short? Firstly, the absence of Method Man was glaring. Each rapper plays a unique role in the Wu sound and storytelling, and the void left would have felt equally significant regardless of the missing Clan member. Adding to that, his parts were performed by the other Wu members (versus omitting them); this sacrificed the chance to highlight more of the present members’ material.

Secondly, and far less attributable to the group, were issues with the sound and a/v. As the Clan traded verses (there were 6 to 9 people on stage at any given moment), the mic levels faded in and out. Ghostface played impromptu roadie during the evening, trading his mic off to the next member in wait. He also had some not so kind words for the a/v department, calling out their static lighting scheme and yelling “the light man’s a dickhead”.

Casting aside the gripes, the Wu came correct. The obvious hits—“C.R.E.A.M.”, “Bring Da Ruckus”, “Triumph”—made a big impression; classics like “Ice Cream” from Only Built 4 Cuban Linx and “4th Chamber” from Liquid Swords (with a criminal omission of GZA’s verse); and even brand new products like “On That Shit Again” from their recent release Of Mics And Men.

One of the more pleasant surprises of the evening came from the inclusion of Young Dirty Bastard. Y.D.B. is the biological son of deceased Wu legend Ol’ Dirty Bastard, and he plays the part. Y.D.B. was responsible for more energy, charisma, and entertainment than anyone else on stage—just like his father. Hopefully his future contributions to the group go beyond the impersonation.

I’ve probably used up my curmudgeon tab for the entire year on this review, but I couldn’t help myself. Wu-Tang Clan played on heavy rotation for much of my teen years, and seeing them live amounted to a bucket list concert. I’ll be giving them the benefit of the doubt, and won’t hesitate to see them at the next opportunity. But part of me fears that the rawest MC’s (rather unsurprisingly) struggle to keep that flame alive after multiple decades. To butcher/borrow a line from Jadakiss: “Gangsters don’t die; they get chubby, and play jazz festivals.”