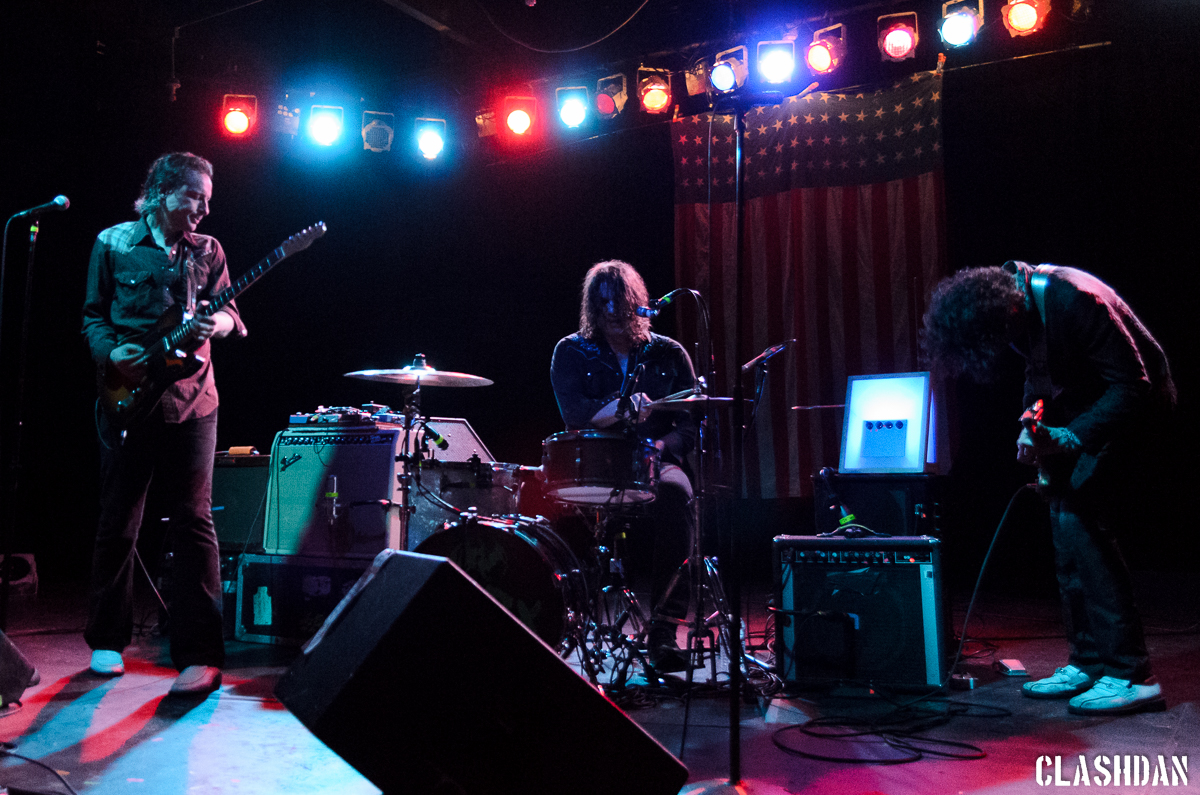 The Jon Spencer Blues Explosion recently released the album Freedom Tower – No Wave Dance Party 2015, their top notch sonic ode to New York City. To celebrate the release, the band launched a Five Borough Freedom Tour, hitting small venues across NYC. After conquering New York, the tour has expanded and the Jon Spencer Blues Explosion are taking the Freedom Party across North America, including a stop at Cat’s Cradle in Carrboro, North Carolina.

Starting off the evening was the rockabilly stomp of Bloodshot Bill. While he often tours as a one man band, this run of shows had him hitting the stage as part of a trio. The throwback greasy, raunchy, rock’n’roll laid down by Bill and his band immediately cranked up the crowd.

As the Blues Explosion took the stage, they launched into the wild romp “Betty Vs. The NYPD” from the new album. From the first note Jon Spencer was a force to be reckoned with, a human hurricane who only stopped moving around the stage long enough to stand at the very edge, leaning over and engaging the crowd while continuing to grind out those grimy guitar licks. With guitarist Judah Bauer and drummer Russell Simins matching Spencer’s ferocious pace, the Blues Explosion churned through their set with barely a moment for the band or audience to take a breath, one song flowed immediately into another. More blues-funk new tracks like “Do The Get Down” held their own mixed in with classic tracks like “Chicken Dog.” A definite highlight of the set being an inspired take on “She’s On It” mixed with “Jack The Ripper”.

After more than an hour of powering through their unique take on deconstructed blues strained through punk, funk, soul, and straight ahead rock’n’roll, an exhausted sweat soaked Spencer thanked the crowd and the band left the stage. Rather than call it a night, after a short break, they charged back out and played a lengthy encore set that included “Get Your Pants Off” and culminated in an explosive “Blues X Man.”

When the Jon Spencer Blues Explosion is firing on all cylinders like they were at Cat’s Cradle, they take performance to a new level. There are concerts and shows, and then there are musical experiences that become transcendent events. Shows like that do not happen often.